The Transatlantic Policy Consortium (TPC) is a network of influential policy researchers from the United States and Europe who promote education and training in the field of public policy and administration. We are dedicated to promoting transatlantic understanding and to providing opportunities for researchers, students and our members to work together in a variety of ways on the pressing public policy issues facing Europe and North America. Each year we organize a colloquium of the consortium membership and guests that focuses on a specific issue of particular concern to the Transatlantic Agenda. We are self-financed, with the Institute for Development Strategies at Indiana University providing the Secretariat. 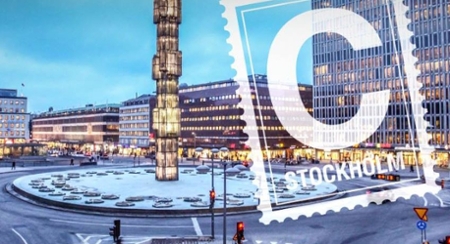 Swedish Entrepreneurship Forum will host the 2017 meeting of the Transatlantic Policy Consortium. The organizing committee invites submissions concerning the implications and policy environment of migration in the Transatlantic perspective.

Call for Papers   Register for Conference

We believe that domestically focused applied policy research and training organizations often lack international sensitivity and exposure, thereby limiting the range of policy competence; and that policies implemented in other countries have an impact on domestic policy options.

We recognize the members of the Consortium have much to contribute to public knowledge about these issues, and much to learn and gain from the exchange of information and interactions with each other.

We desire to establish a more formal basis for the conduct of cooperative activities in tranatlantic public policy education and research.

We strive for important contributions, on both sides of the Atlantic, to public policy/management education and rational discourse on the major policy issues of the day.

Following two informal Consortium gatherings in 1997 and 1998, the TPC was formed officially in May of 2000 as a network of 36 North American and European higher education institutions. For over a decade, only those appointed by their home institution could be directly involved in the activities of the Consortium and membership belonged to the institution, not the individual. Attendance at all TPC-sponsored events was by invitation only and was restricted to member institutions.

In order to foster a lively and growing interchange of views, and to accommodate expanded interest in our network, in 2013 the Steering Committee voted to introduce an individual membership component to our organization. We are now comprised entirely of individual members.

2013, May 30 - 31: The Hague, the Netherlands
Hosted by Universities of Delft, Leiden, and Erasmus
Transatlantic Perspectives in Public Affairs: Technology, Safety, Security

2004, September 9 - 12: Austin, Texas
Hosted by the Lyndon B. Johnson School of Public Affairs, University of Texas
The End of Sovereignty? A Transatlantic Perspective.

2001, September 20 - 22: Pittsburgh, Pennsylvania
Hosted by the School of Public and International Affairs, University of Pittsburgh
Ethics, Accountability, and Social Responsibility

2000, May 23 - 26: Maastricht, Netherlands
Hosted by the European Institute for Public Administration
Globalization and Regionalization – A Paradoxical Challenge for Public Policy

1998, September 30 - October 2: Bloomington, Indiana
Hosted by the School of Public and Environmental Affairs, Indiana University
Globalization and the Environment

1997, May 27 - 28: Paris, France
Hosted by Ecole National d’Administration
Development and Security Issues for the EU and the US in the 21st Century and The Next Generation of World Trade Issues